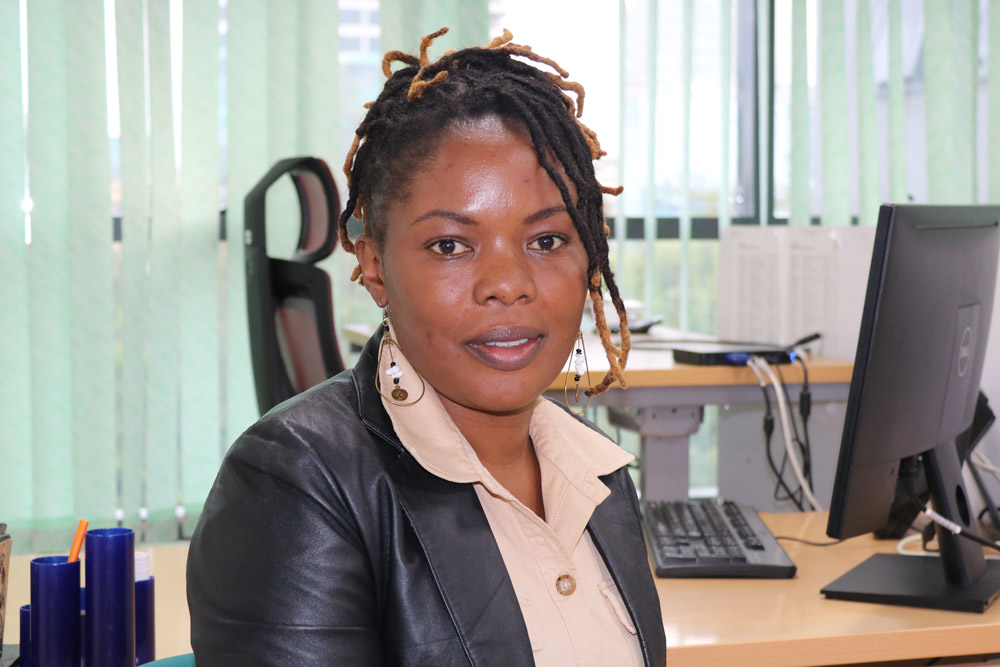 "The Girl Whose Story Broke My Heart" -Heidi Oyugi

Heidi Ayuma Oyugi is a protection, safeguarding and education expert.

Heidi Ayuma Oyugi is a protection, safeguarding and education expert. She has a wealth of experience in issues surrounding child protection, health, disability-inclusive development and livelihoods in humanitarian and development settings. The 37-year-old has worked in various humanitarian settings with both local and international organizations in Africa and South East Asia, leading education programs among refugee and internally displaced populations. Heidi joined IPPF in 2019 as the Safeguarding Advisor in the WISH2ACTION project.

In this article, Heidi speaks about one incident she encountered in her line of work that has forever been etched in her memory. It is an experience that she continues to draw various lessons from and uses it as a teaching pad for those working in the development and education sectors, more so regarding the vulnerability of women and girls.

“One day, as I was in my office at one of the refugee camps in Northern Kenya, I was informed of a young girl who desperately needed to see me.

Assessing the urgency of the call, I immediately rushed to the gate. There, I found the girl, called Adit*, crying inconsolably.

Adit had come to the refugee came from neighbouring South Sudan at the age of nine years. An orphan, Adit had spent years being tossed from one relatives’ house to another. One day, after a visit back home in South Sudan, her aunt decided to return with her to the refugee camp in Kenya.

And that was how Adit found herself at her aunt’s house -a foster home. She instantly gained brothers and sisters; eight new siblings. The foster homes were the preferred placement structure for children in the refugee camp, as it enabled them to grow up in the semblance of a ‘normal family’ setup.

Her aunt was a businesswoman who spent most of her day out looking for money. Somehow, as the youngest sibling, most of the responsibility for domestic chores fell on Adit. Thankfully, she was enrolled in school but had to balance her studies with cooking, cleaning and undertaking most of the housework.

On the day that Adit came looking for me, she had decided to skip school due to the urgency of the matter.

I listened to her painfully narrate her ordeal. Her brothers had been sexually abusing her.

Adit was being sexually violated right at home, in the family setup which we had assumed was safe. She was about 12 years old when she came to see me.

The reason she had chosen to confide in me was because she had previously seen me at her school liaising with the teachers about life skills lessons, as I conducted assessment for the Comprehensive Sexuality Education (CSE) program. I appeared trustworthy to her. At that time, I headed the education program in my organization, where we worked with local schools in the refugee camp.

I knew I had to do something about Adit, and assured her of the same.

The procedures required that I immediately inform the child protection unit and brief them on Adit’s case, which I did. Thereafter, an assessment of Adit’s matter was initiated, which included investigating among others; her home environment and her relationship with her siblings; in a bid to establish the authenticity of her claims.

Unfortunately, Adit’s case was just one of the many that we would receive daily. Cases of abuse and neglect. The refugee camp hosted over 182,000 refugees. Sometimes, cases took long to be assessed. Adit’s case was no different.

One day, about six months later, I received new information about Adit.

She was pregnant. She didn’t know who the father was.

‘Him’ being her brothers. She didn’t know which one of them had made her pregnant.

I couldn’t blame her. I watched as tears streamed down her face.

“Heidi, I came to you and told you. I told you that my brothers were abusing me. I’m pregnant now. Heidi, I told you, I told you Heidi,” she repeated.

Her words tore right through my heart. I felt terrible.

She was right. She had told me. Six months ago.

I quickly liaised with the child protection unit and recommended her transfer to one of the safe spaces at the camp. This was a boarding facility exclusive to girls, founded by a goodwill ambassador. It had a model school facility and hosted girls who were extremely vulnerable to issues such as exploitation, sexual abuse, trafficking and early child marriage. It accommodates 250 girls at any given time.

After the delivery of her child and nursing her baby for three months, Adit enrolled in her new home; the safe space. She joined in class five and has been there for three years now.

Even though I am comforted by Adit’s progress, her experience still makes me reflect deeply.

I keep thinking of the day Adit first told me about the abuse. I keep asking myself what I could have done differently. Had I not listened to her well? Had I missed something in my power that I could have done? Could I have influenced for her to be placed at the safe space immediately? Had I done enough?

I was however confined by the dictates of protocol. I first had to report Adit’s matter to the child protection unit. The unit then had to order an assessment, a process that could take months. Yet, most victims of abuse don’t have the luxury of time.

We then had to patiently wait for the outcome of the report and its recommendations, before deciding on the next course of action. Sometimes, I felt frustrated by the system because Adit represented the experiences of hundreds of many other women and girls at the camp.

There are many lessons that I learned from Adit’s experience.

Adit’s case provided an opportunity for us to strengthen safeguarding and protection systems in the schools. This led to identification of safeguarding/protection focal point teachers who took lead in setting up school protection policies and supported learners on how to identify, report and respond to abuse.

I also intensified my advocacy efforts for the recruitment of more teachers in the public primary schools at the camp. The schools were grossly understaffed, with a 1:250 teacher student ratio. Due to the high pupil population, the teachers would teach in shifts; learners for the morning shift and learners in the afternoon. Their workload was too heavy and yet, they had deadlines and results to deliver. Even though they were required to teach life skills to the students, there was simply no time. Understandably so. More teachers were needed.

Together with my team, we recommended the setting up of life skills clubs in schools, where CSE would be comprehensively taught. A few teachers were selected to undergo a six-month training on Prevention of Sexual Exploitation and Sexuality. The teachers were selected by the students. These teachers then offered lessons to pupils during the club days. Basic self-defense skills were also taught to both teachers and pupils.

The teachers in turn trained ‘student champions’ who would then educate their peers on sexuality issues. Today, Adit is one such champion. She uses her experience, education and new skills to empower her peers.

Development programmes can never be perfect

I learned that development work and programming is a continuous learning process. While placing children in foster homes to give them a semblance of a ‘normal’ upbringing, it still brings forth challenges that may not have been envisioned. Sexual abuse cases were reported in these homes, which then required more thought process into how the incidents can be best mitigated. I learned that while projects can be developed with the best of intentions, they can still have pockets of undesired results.

It also taught me that protocol and procedures cannot be cast in stone and therefore need to be reviewed from time to time, sometimes on an individual-case basis. The learning process also made me think about the justice system in humanitarian settings, which needs to be strengthened.

It fills my heart with great joy to see how far Adit has come. She is no longer the shy, timid and oppressed girl, but is now a confident, articulate and smart girl. Adit is not ashamed of her past and uses it to empower other girls. Owing to her work as a girl champion, many girls have been empowered and have reported their abuse experiences to respective authorities.

At 15 years and a young mother, Adit has a bright future ahead of her and I am confident that she’ll be a great leader who will someday be celebrated not only in her local community, but globally.

As she sits her Kenya Certificate of Primary Education (KCPE) national examination this year, I have no doubt that she will prosper.”