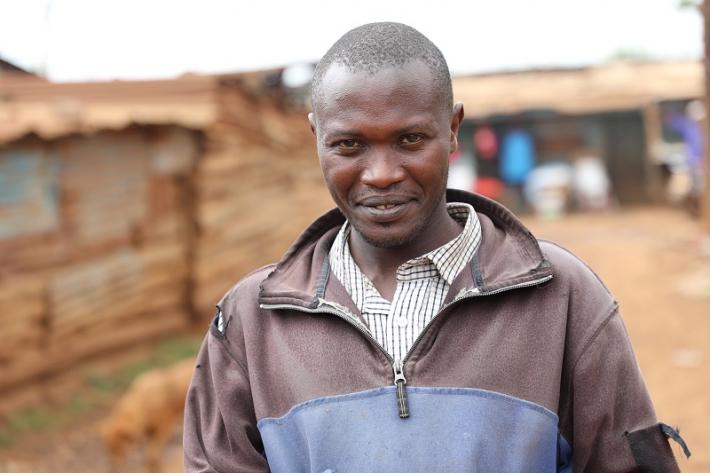 “I Wish I Should not Have to Choose Between Condoms and a Meal”, says Kiandutu Slum’s Shoe Fixer

Mwangi Peter, 38, is a cobbler in Kiandutu slum, Thika, Kiambu County, in Central Kenya. On a bright Tuesday September morning, we meet him meticulously repairing a pair of beige-colored ‘Safari Boots...

Mwangi Peter, 38, is a cobbler in Kiandutu slum, Thika, Kiambu County, in Central Kenya. On a bright Tuesday September morning, we meet him meticulously repairing a pair of beige-colored ‘Safari Boots’—a favorite shoe brand for men in that part of the country.

With his hands, he carefully weaves the nylon thread in and out of the boots’ worn-out soles. It’s a job he has been doing for many years. He is Kiandutu’s ‘shoe fixer’.

Mwangi is one of the estimated 2.2% of Kenyans living with a form of disability, according to an analysis of the 2019 census report released by the Kenya National Bureau of Statistics (KNBS).

With a physical impairment, he walks with an artificial leg, which he says is long overdue for replacement because he has never gotten funds to do so.

“It costs so much money to replace it, and despite working hard for over two decades, I have never been able to save enough,” says Mwangi, who dropped out of school in Grade three as his parents were unable to cover the school fees. 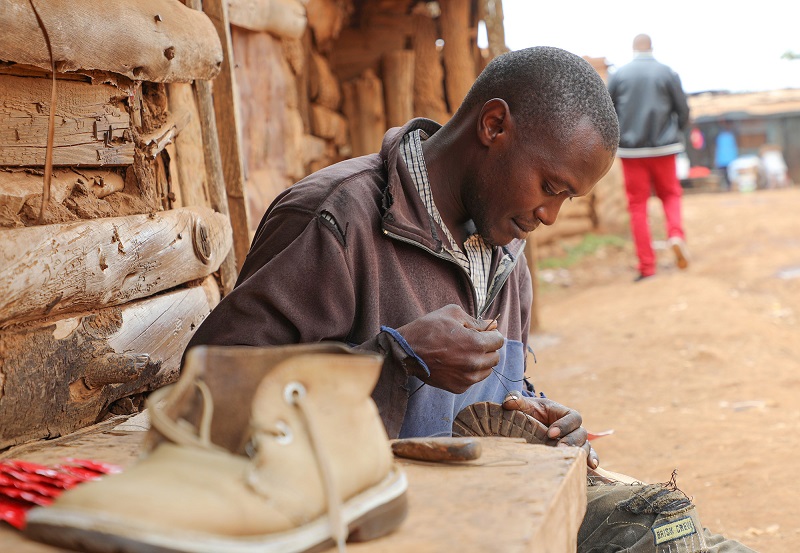 But that’s not the only thing that Mwangi has been unable to do because of lack of funds.

“I’m in my late thirties yet I don’t have a family of my own. People say that I should be married with big children. However, marrying a wife and raising children costs money, which I don’t have. I will marry when I become rich,” he says.

Mwangi once had a ‘pregnancy scare’ when one of the women he was in a relationship with told him she was pregnant.

“I don’t have one particular girlfriend, but I have different women that I see. They come to my place and spend the night, then leave in the morning.”

Even though he is aware of the risks associated with unprotected sex such as sexually transmitted infections (STIs) including HIV, as well as unplanned pregnancies, Mwangi does not always use protection with his different women.

“I know about condoms because they discuss them on radio and television. I even learn more about them when I go for my HIV tests every two years at the local health center, but I don’t use them all the time as is required,” he admits. 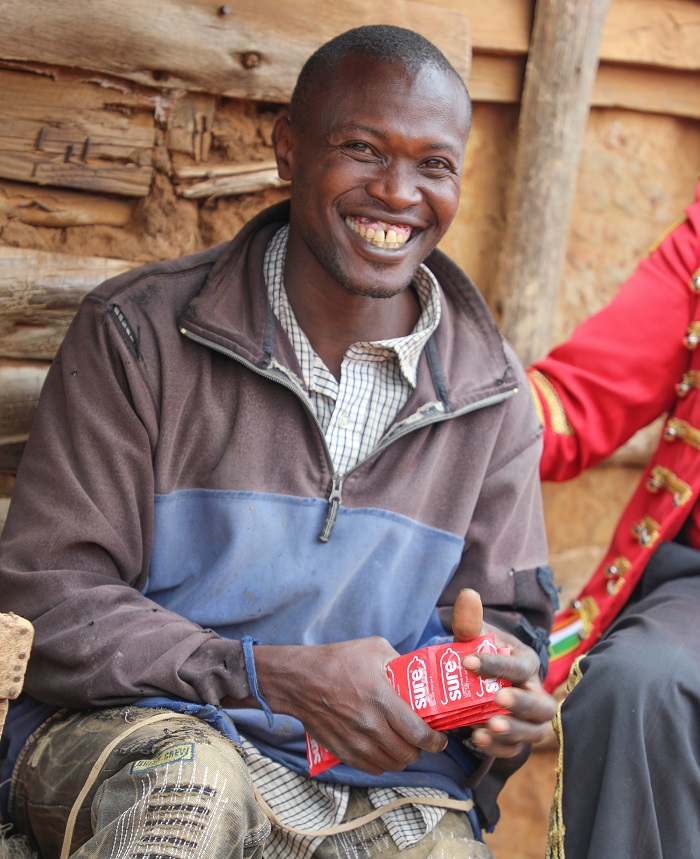 Condoms or a Basic Meal?

Mwangi says that on the few occasions he uses condoms, he purchases them from a nearby kiosk at 30 shillings ($0.27) for a pack of three, an amount he can’t always afford.

While Mwangi knows he can get condoms for free at the local government health facility, he cites time limitations.

“For me to walk to the health center, I would have to close my business. That is money that I cannot recover. I wouldn’t have enough for my meal that day if I lost those hours,” says Mwangi, who makes an average of 300 shillings ($2.7) a day from his business.

Bringing Services Closer to the Community

Thankfully, there are community health workers and mobilizers who regularly distribute condoms in the neighbourhood. One of them is Stanley Ngara, popularly known as ‘condom king’.

“Stanley passes by here often and leaves me with some condoms. I get very happy when he does so,” Mwangi says, as he clutches the glittering, red-packed condoms he has just received from the condom king.

“I will try use a condom with the next woman I’ll have sex with. But I would also urge health workers to be more considerate to people like me who face various challenges when it comes to our sexual health. Condoms should be distributed more frequently in the community for free. They should also go around doing HIV tests regularly without us having to leave our jobs for the hospital to get tested. Bringing the services where we are is more practical and convenient for us,” he says.

On this World Contraception Day, it is important to remember the plight of persons living with disability (PLWD) such as Mwangi, who often live below the poverty line. Approximately 67% of PLWD in Kenya live impoverished lives. Their quality of life is poorer, with lower educational achievements which contributes to fewer economic opportunities.

They also suffer poorer health, including their difficult access to sexual and reproductive health services. This is a challenge that IPPF, through its Member Associations, continually tries to address through its various programmes across sub-Saharan Africa, such as WISH2ACTION, BMZ and COVID-19 innovative response projects.