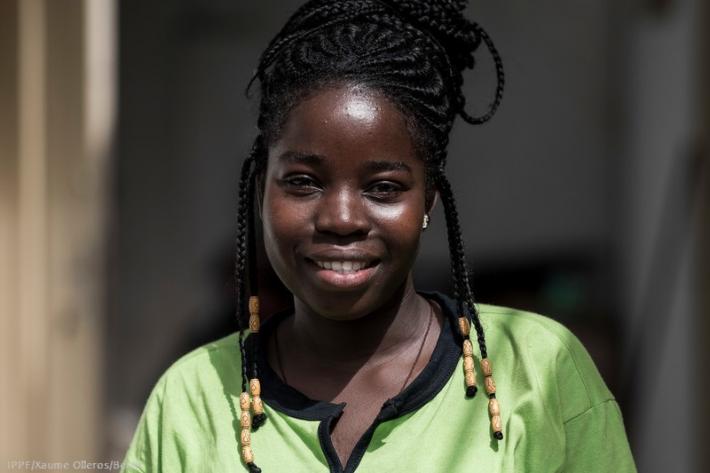 On 20 October 2021, the Benin National Assembly voted to significantly widen the conditions under which women and gender non-confirming people can legally access abortion care. The new law will now allow women and gender non-conforming people to end their pregnancy within the first three months if it is likely to "aggravate or cause material, educational, professional or moral distress, incompatible with the woman or the unborn child's interest.”

Under Benin’s previous abortion law, it was only permissible to seek abortion care if the pregnancy ‘threatened the life of the mother’, was ‘the result of a rape or incest’ or when ‘the unborn child has a particularly severe affection’. In a country where an estimated that 200 women die annually from unsafe abortion, the new law will undoubtedly save lives.

IPPF is proud that its Member Association in the country, Association Beninoise pour la Promotion de la Famille (ABPF), was directly involved in advocating for change in the abortion law. The organization’s involvement began years ago, when it intensified its advocacy activities with key stakeholders, most notably the Network of Parliamentarians for Population and Development, made up of several Members of Parliament (MPs) committed to championing sexual reproductive health and rights (SRHR) for all. Among its activities, ABPF organized capacity building and advocacy sessions with parliamentarians. It also proposed an extension of the law on abortion in a code on sexual and reproductive health, which was developed and presented to the MPs.

Mr. Christian Agbozo, Executive Director of ABPF says that it was this close collaboration with lawmakers and other key stakeholders, both in the private and public sector that led to this success.

"The new law is a step forward for the rights of Beninese women. ABPF’s involvement in advocating for abortion liberalization was necessary not only to ensure women's right to decide, but to also allow ABPF service providers to provide comprehensive abortion care services without being subjected to prosecution in the future. The new law will help more women receive safe abortion care and exercise their reproductive rights and freedoms. It is a proud moment for us all,” he says.

“As an institution that believes in the unreserved upholding of the human rights of all people, we affirm that this is indeed a great win not only for the women and girls of Benin, but for women and girls across the region. Following in the footsteps of two other countries in the continent, South Africa and Cape Verde, Benin has demonstrated its commitment to women’s reproductive freedom, and we hope that other African countries will follow” she said.

Mrs. Petrus-Barry further reiterated IPPF’s commitment to advocating for the repeal of retrogressive laws and policies that infringe on their reproductive autonomy, and development of those that allow them to exercise their sexual reproductive health and rights.

“We are extremely pleased to see the long-awaited expansion of abortion provision in Benin and applaud the National Assembly for recognising the dignity, humanity and sexual and reproductive rights of Beninese people seeking abortion care. We are also proud of our Member Association, ABPF, for its continued hope and advocacy in Benin.”

Dr. Bermejo acknowledged the dedicated efforts by African countries to push back against colonial and archaic abortion laws that hold their communities back.

“IPPF is honored to be a part of that movement and will never stop fighting for safe and legal abortion care for all those who need it.”