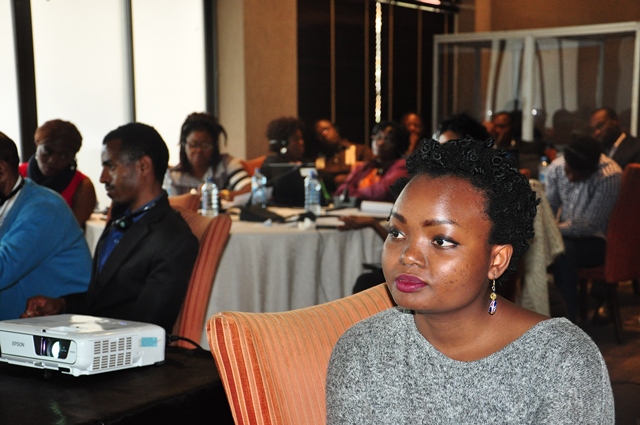 Second Phase of Journalists Network Project Kicks off in Nairobi

From 2012 – 2015, IPPF Africa Region implemented a ‘Networks’ project that involved the close collaboration of African journalists and Civil Society Organizations (CSOs) that have a bias in reproductive health -working together in the promotion of Sexual Reproductive Health and Rights (SRHR) information and access to services. The project also focused on calls for strengthened commitment to reproductive health issues by Governments, Legislators and other key stakeholders, including calls for policy reviews and change.

The project worked with a strong team of African journalists who were involved in developing accurate reports on various issues surrounding SRHR, including family planning and maternal health. These reports were key to influencing policy makers and other development actors through promoting discussions and highlighting areas of improvement. The journalists worked under the umbrella of the IPPFAR SRHR Journalists Network Group.

Some of the activities of the first phase of the project included: training of journalists in various aspects of SRHR, awarding of journalists’ grants to facilitate their production of quality and in-depth SRHR stories, facilitating their attendance to various national, regional and international SRHR events, as well as two media awards that recognized exemplary SRHR reporting among African journalists.

Following the success of the Networks project, and with the aim of enhancing the positive outcomes achieved in the first phase, the David and Lucille Packard Foundation has renewed it's funding to IPPFAR. The second phase of the project will be implemented in collaboration with the African Union Commission (AUC), and is themed around the advancement of Adolescent and Youth Sexual and Reproductive Health and Rights (AYSRHR).

The three-year project will adopt a comprehensive and coordinated approach to have the Journalists' Network and the partners’ coordination strategies mutually supporting each other and focusing on Comprehensive Sexuality Education (CSE) and youth-friendly services.

The project has kicked off today, with a three-day regional induction meeting in Nairobi, Kenya, that has brought together over 30 members of the IPPF Africa Region journalists network, Communication and Advocacy Officers from Member Associations, as well as Youth Action Movement members.

“There is no doubt that journalists are key influencers in the realization of positive change in Africa, as they are instrumental in exploring new topics and fostering public debate on important sexual and reproductive health issues. Through their in-depth and quality reports, journalists have the unmatched ability to exert pressure on governments to fulfil their mandates –especially those touching on public health. IPPF Africa Region will continue to work with African journalists in fostering the continent’s development, and achieving reproductive health gains in the continent,” he said.