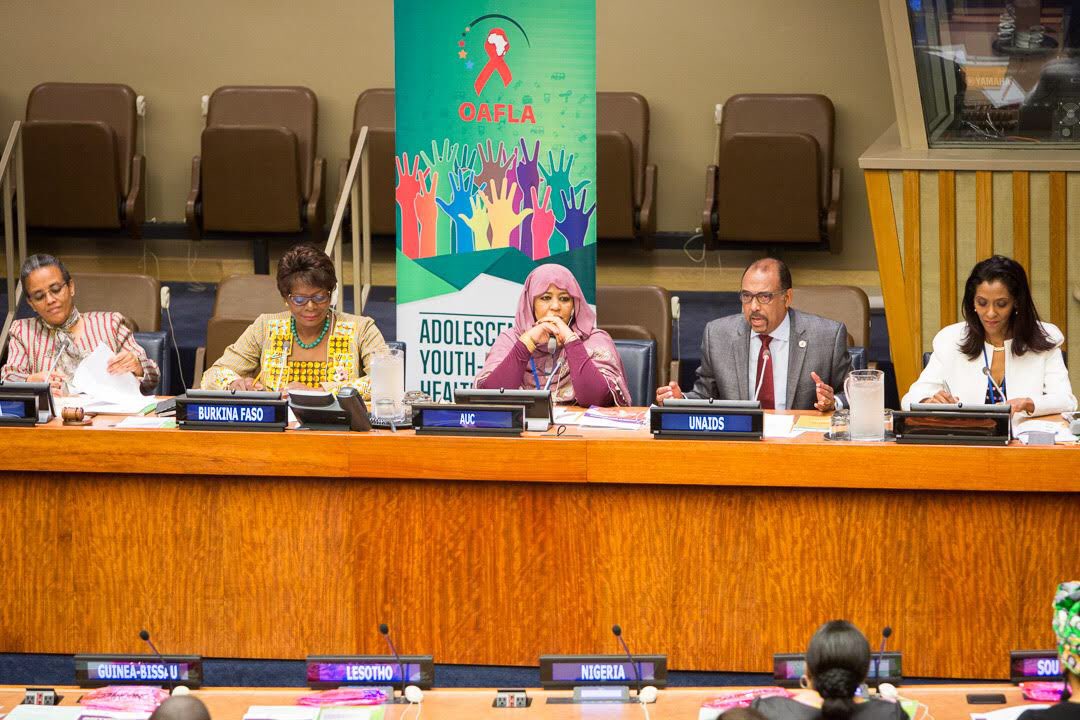 In a joint communique read by Her Excellency Madam Adjoavi Sika Kabore, First Lady of the Republic of Burkina Faso and the Vice-President of OAFLA during a high level event on harnessing the demographic dividend was organised on 19th September 2017 by OAFLA, with the support of IPPFAR and EU, in the margins of the 72nd United Nations General Assembly, the First Ladies called upon all OAFLA member states to advocate for regional and global partnership, building on fifteen years of OAFLA’s engagement to harness the demographic dividend of Africa through promoting the needs of adolescents and their access to youth-friendly sexual and reproductive health services.

The high-level event brought decision-makers and key stakeholders including nine African First Ladies, four First Lades from Latin America, Heads of United Nations agencies, private sector, government representatives and civil society organizations. With a special focus on youth friendly health services and ending AIDS by 2030, it also mobilized support for the demographic dividend in Africa in the framework of the African Union’s Roadmap on the demographic dividend and the Maputo Plan of Action.

Mr.Tewodros Melesse, Director General – IPPF, who was among the key speakers, emphasised that First Ladies role in advocating for sexual reproductive health (SRH) is key since the First Ladies are not only women but also mothers who understand well the challenges facing girls and other women in Africa. Other speakers during the event included His Execellency Jakaya Mrisho Kikwete, Former President, Republic of Tanzania, Dr. Natalia Kanem, Executive Director – UNFPA and Mr. Michel Sidibe, Executive Director – UNAIDS.

The First Ladies further committed to form partnerships and advocate for commitment in terms of policy development through inclusive processes, transparency and accountability mechanisms, service delivery, as well as financial and technical resources to support the full implementation of the AU’s 2017 Roadmap and the Maputo Plan of Action.