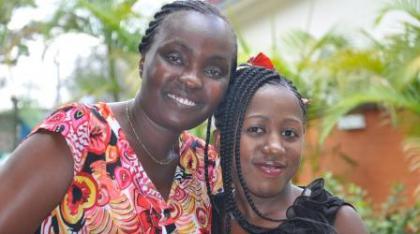 "Empowering Young Girls is Empowering the Society: The Case of the 3E Project" -Beatrice Nguo

By Beatrice Nguo Empowering a young girl is empowering the world. This is because women are the pillars of society, and today’s young girls are tomorrow’s mothers. It is therefore prudent to invest i...

Empowering a young girl is empowering the world. This is because women are the pillars of society, and today’s young girls are tomorrow’s mothers. It is therefore prudent to invest in girls and young women, as this is a key determinant to the development of any society.

The 3E project was aimed at building the capacity of young girls to speak for themselves and advocate for their own reproductive health issues. The project enhanced their information-sharing skills among peers, and how to effectively champion their rights in wider circles.

Following the initial training –conducted at the start of the project, the girls then formed small groups of peers, numbering about 20 girls each. It is in these groups that they would on a regular basis discuss issues affecting them most. The main issues that the girls explored included: HIV/AIDS, safe sex, early marriages, teen pregnancies, school dropouts, lack of safe spaces for young HIV positive girls to voice their issues, and lack of access to adequate SRHR and HIV/AIDS information and services.

HIV treatment adherence, taking their peers back to school, running clubs in schools for the young adolescents, and boy-girl relationships also featured prominently in their discussions undertaken by the young ladies. To enhance their group communication, the girls formed WhatsApp groups, where they would consult each other frequently on related issues.

We were able to witness such big changes in the ‘3E girls’. At the end of the engagement, some of the girls were selected to join county/district development committees in their countries –which was largely as a result of their advocacy activities following the initial training we gave them. In these platforms, they continue to campaign for the inclusion of issues affecting young girls in the development agenda. It is with such great pride that we have seen some of these girls go on to become motivational speakers to their peers –including those in schools. Their advocacy prowess has even seen some of the 3E advocates receive invitations to speak in regional and international conferences, such as the 18th International Conference on AIDS and STIs in Africa (ICASA) in Harare, Zimbabwe (November 2015), the Commission on the Status of Women (CSW), Women Deliver in Copenhagen, Denmark (May 2016), and the 21st International AIDS Conference in Durban, South Africa (July 2016). The girls have indeed become role models to many girls –not only in their communities, but in their countries and across the borders.

Further, the 3E project was able to demonstrate a gap in spaces for young girls to represent themselves and articulate their issues. The project affirmed that when such spaces are created, it empowers the girls, and an empowered girl will be able to stand up for herself in whichever circumstance she finds herself in. An empowered girl is one who will not easily succumb to peer pressure. She will be less likely to be cheated into having sex, as she is aware of her rights and is empowered to make healthy choices regarding her sexuality. Empowered girls are those who are able to envision a bright future ahead of them, and not rest until they achieve their dreams.

If we want to change the world today, girls’ empowerment is the way to go, and the 3E project was one such successful platform towards this.

Ms. Beatrice Nguo is Programme Officer at IPPF Africa Region, and was centrally involved in the implementation of the 3E Project.