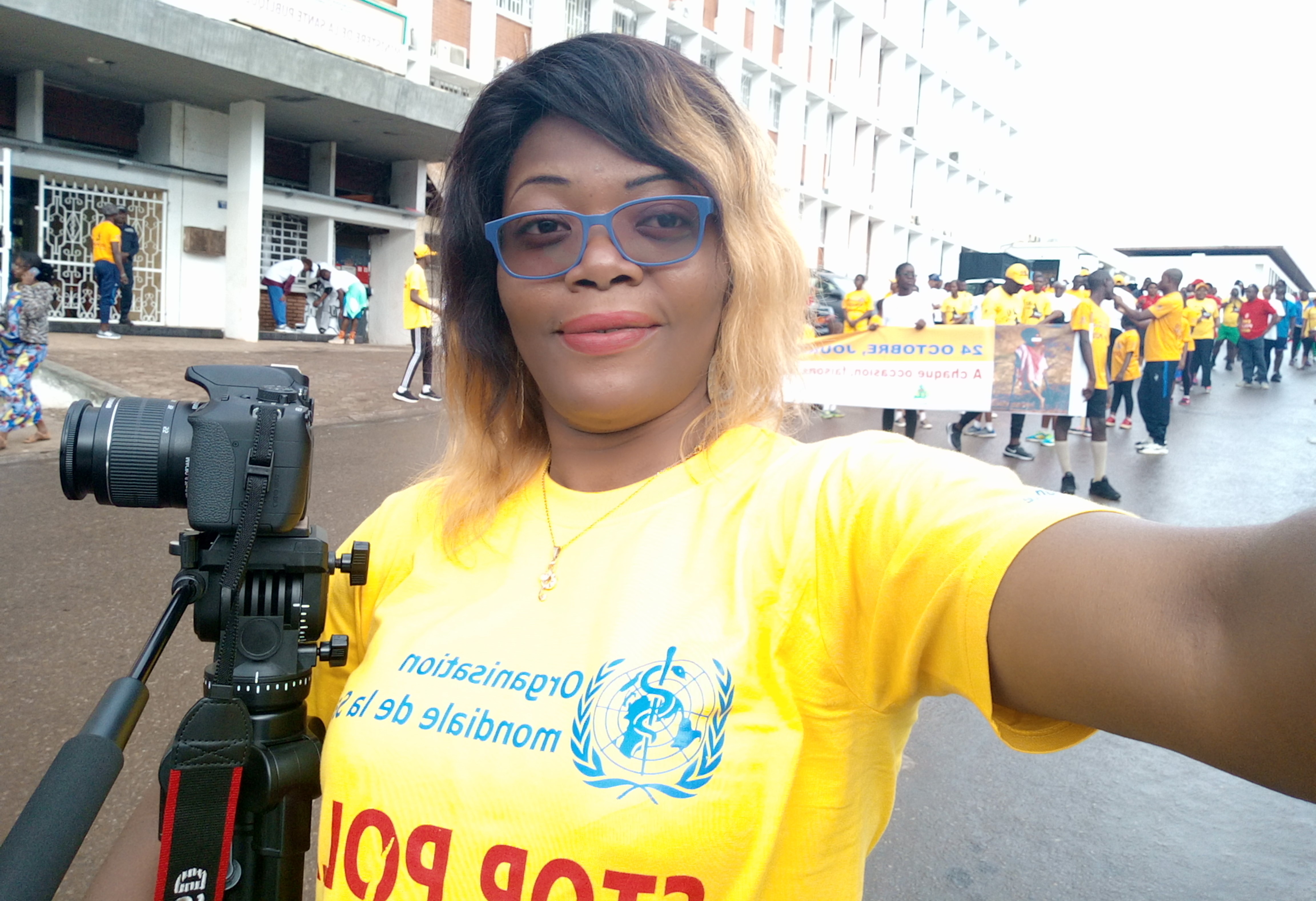 Elise Kenimbeni is a prolific journalist from Cameroon in Central Africa.

Elise Kenimbeni is a prolific journalist from Cameroon in Central Africa. She talks about how her passion for sexual reproductive health and rights (SRHR) was nurtured by IPPF Africa Region, and how she is today a SRHR champion for the #RightByHer Campaign.

The #RightByHer is a campaign that is pushing for the implementation of continental commitments, specifically the Maputo Protocol and Maputo Plan of Action. The campaign works with champions including  young men and women, First Ladies, parliamentarians, journalists, feminists and religious leaders to raise awareness in their circles of influence and push for implementation of policies on gender equality and sexual and reproductive health and rights in Africa.

"My name is Elise Kenimbeni, a journalist with TimesNews2.info in Cameroon. I was trained in writing about health issues in 2012, and later on in sexual and reproductive health and rights by two local non-governmental organizations in my country.

I however developed more interest in reporting on SRHR issues when I produced some sponsored radio programmes for IPPF’s Member Association (MA) in my country -Cameroon National Association for Family Welfare (CAMNAFAW). Through this work, I got the opportunity to join the IPPF Africa Region’s journalists’ network in November 2014.

As a member of the journalists’ network, I attended a capacity building training workshop in Nairobi, Kenya, where I met journalists from other African countries who had impacted on their respective communities by reporting on development issues. The journalists –from Togo, Uganda and Kenya – had won media awards and during the three days’ workshop, they share their experiences.  I was really moved by their stories and I asked myself, if their reporting could impact the lives of people, why couldn’t I do the same with the resources I had?

From the Newsroom to the Field

I decided to sharpen my skills and knowledge on SRHR issues by working with CAMNAFAW when I returned home. For several months, I worked closely with CAMNAFAW’s youth and Gender Advocacy Officer, who taught me how to write impactful reports.

This came as a big boost to my writing as I got more interested in issues affecting refugees, internally displaced persons (IDPs) and vulnerable groups like young girls and women in northern Cameroon. Most of the time I tried to put myself in the shoes of these people and my first reaction was to go to the field and get stories about their lives. My passion grew when I was supported by IPPF Africa Region to get out of the newsroom and go to the field to write more stories about people’s lives.

I was inspired and worked hard and hoped that I would be recognized for my efforts. I traveled long distances by road and railway to the eastern and northern parts of Cameroon to cover SRHR issues including female genital mutilation (FGM), early child marriages, obstetric fistula, maternal and infant mortality, HIV and AIDS and use of modern contraceptives by the youth.

I established good relationships with local and international organizations, as well as with other journalists and community agents, who helped me get reliable statistics and facts from the ground. I also interviewed refugees and IDPs following the Boko Haram crisis. Many of the people I met during this time have become my friends and I often call them to get updates on what is going on in their regions. I even worked in hostile environments, but I never relented. I was motivated and believed I could write stories that would highlight important issues and push the government to address them.

As a journalist and champion for the #RightByHer campaign, I have been involved in many advocacy activities and workshops as well as the action learning sessions organized in Belgium and Kenya by IPPF and its consortium partners in the State of the Africa Woman (SOWAC) project. I also learnt how to conduct scientific data research for my reports during a similar workshop held in Navaisha, Kenya.

Through this platform, I have met and shared ideas with many champions from all walks of life: journalists, activists, feminists, and religious leaders. As a media practitioner, I have learned a lot about how we can move the African SRHR agenda forward.

All this knowledge has helped me as I cover the current COVID-19 pandemic in Cameroon. Most of the articles I write for my online media are from information shared via Facebook or WhatsApp by some experts, NGOs, the government or institutions. I am also working on a series of reports on how COVID-19 is affecting SRHR. Due to the containment measures to stop the spread of the virus, I am not doing any field work at the moment.

The current health crisis has highlighted the need for a robust health policy to address loopholes in our country’s weak health infrastructure. There is also need to set up a good communication strategy in various local languages to reach the grassroots with information on how to prevent the spread of the coronavirus disease and engage community health workers in the fight against COVID-19."