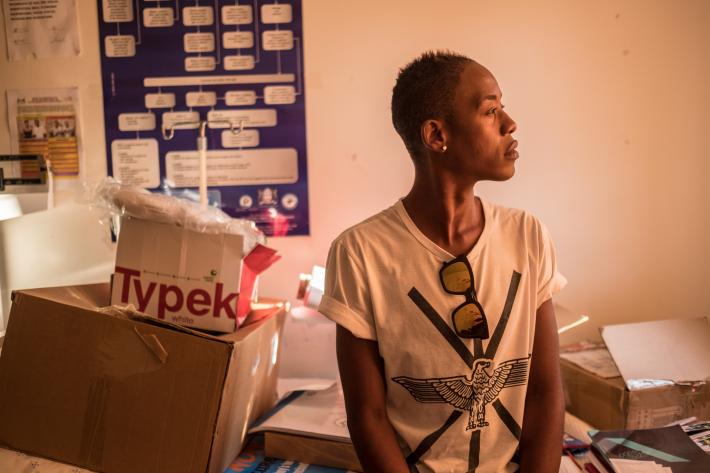 Spotlight on Kenya: Transgender Persons Should Enjoy Protection from Transphobia!

Transgender people are increasingly visible in both popular culture and in daily life. Unfortunately, discrimination, stigma and violence towards Transgender persons increases simultaneously and remai...

Violence affects people of all sexual orientations and gender identities, including Transgender persons. It is often said that one’s sexual orientation, gender identity or expression (SOGIE) is a “non-issue”, however, the violence meted upon said persons is undeniably a big issue as it affects their quality of health and life. According to a Trans Murder Monitoring Report published by Transrespect Versus Transphobia, 375 trans and gender-diverse people were reported murdered between 1 October 2020 and 30 September 2021 globally.

Kenya is no exception to this kind of global data. According to The Gay And Lesbian Coalition Of Kenya (GALCK), “Some members of the lesbian, gay, bisexual, transgender and queer (LGBTQ) community are better protected from violence and discrimination by the constitution. This is because laws that outlaw discrimination on grounds of sex and gender protect transgender and intersex individuals. However, the law does not adequately address the needs of Kenya’s transgender and intersex community. Members of this community experience challenges accessing health care and changing their names and gender in legal documents”. Kenya is considered among the most progressive African countries. But the country's High Court in 2019 upset activists by upholding a colonial-era law that punishes homosexual acts with up to 14 years in prison. In its 2020 Annual report, the National Gay and Lesbian Human Rights Commission reported receiving 329 reports of LGBTI rights violations between July 2019 and June 2020; and the GALCK reported an increase of these cases since the pandemic started with up to 10 attacks per month on the LGBTQ community. This is clear evidence that Sexual and Gender Minority groups in Kenya, continue to experience abuse and violence simply because of who they are and because of their sexual orientation and gender identities.

LGBTQ persons in Kenya and across the world have often been on the receiving end of violence, they suffer stigma, discrimination, physical and verbal abuse, assault, harassment, eviction from their home and communities, loss of job, suspension, or expulsion from school, etc. All transgender persons have a right to equality and freedom from discrimination of all forms. All transgender persons require equal protection against any form of violence. The right to equality includes the full and equal enjoyment of all human rights and fundamental freedoms.

The Government of Kenya should ensure its laws and systems protect Transgender persons just like any other citizen of Kenya against all forms of violence and discrimination. The Government of Kenya should commit to end all forms of violence and discrimination against transgender persons, by publicly condemning any major instances of homophobic and transphobic violence that occur in the counties and in the country in general.

We are all beautiful, we deserve love and we all have the right to live with dignity and respect. As we just marked and celebrated the Transgender Day of Remembrance, celebrated every 19th of November, which memorializes victims of transphobic violence, and as we continue to celebrate Transgender Awareness month until the end of November; we remember those in the transgender community who have lost their lives due to violence brought by hate and ignorance and we honor, celebrate, and advocate for the respect of the rights of transgender and gender diverse communities.