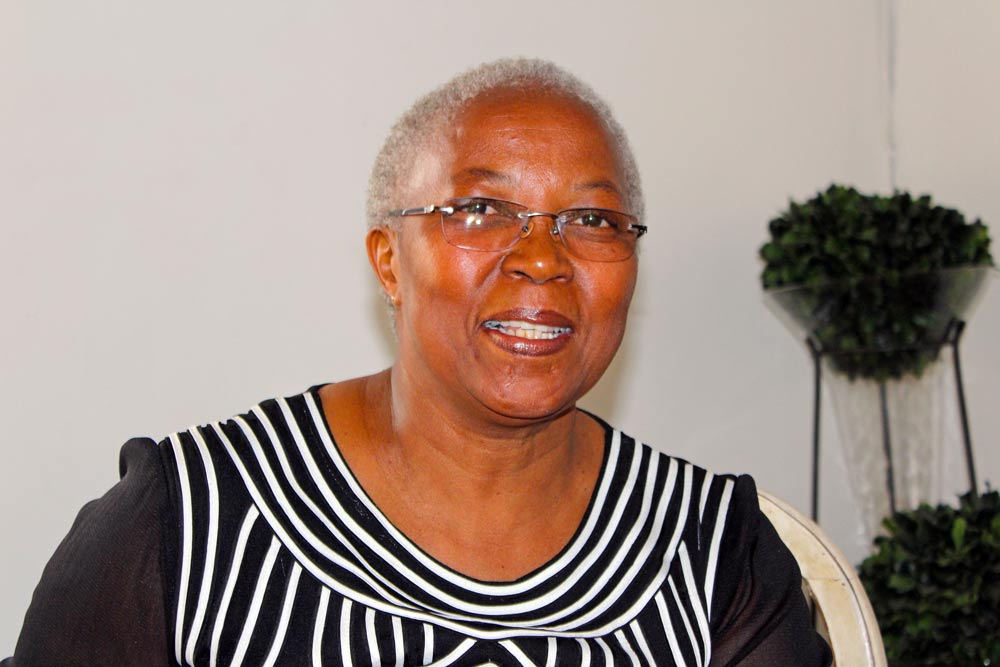 Mrs. Phenny Hanssen is the immediate past President of the Lesotho Planned Parenthood Association (LPPA), which is IPPF’s Member Association in Lesotho. In this interview with Maryanne W. Waweru, she ...

Mrs. Phenny Hanssen is the immediate past President of the Lesotho Planned Parenthood Association (LPPA), which is IPPF’s Member Association in Lesotho. In this interview with Maryanne W. Waweru, she shares insights about her motivation for joining LPPA, and some of the highlights during her leadership.

When did you become an LPPA Volunteer?

I joined LPPA as volunteer in 2004. At that time, I was working in a development organization where I was managing an HIV/AIDS project. One of the organizations that we were working closely with was LPPA, which was at the forefront in pioneering certain health interventions that other institutions were reluctant to get into. Some of these interventions included those around family planning and HIV/AIDS.

LPPA’s work was felt all the way from the national to the grassroots level. I wanted to be associated with such an organization that was renowned for bringing positive change in the community.

What are Some of the Notable Contributions that Volunteers made to LPPA During your Tenure?

As volunteers, we were instrumental in securing various LPPA’s assets such as land. To ensure that LPPA was in possession of all required legal documents proving ownership of its properties, the Board set up a taskforce and volunteers, led by branch officials, worked closely with Municipal Councils to successfully secure LPPA’s assets.

LPPA volunteers were also involved in resource mobilization and fundraising activities for the organization. We offered our time, expertise and experience in supporting the organization to write winning proposals that helped it secure funding for some of its projects.

Some volunteers were also able to stand in as good references for LPPA. I remember once being called by an international donor agency that was enquiring about LPPA’s capacity to implement a certain project that targeted women at-high-risk for HIV. I assured the donor that LPPA was fully capable of implementing the project and delivering results. LPPA went on to receive the grant and successfully implement the project.

During my tenure, I led processes that contributed to supporting the organization execute its functions well. These included the development, review and update of various statutory documents such as the LPPA constitution, Human Resource policy, the Financial Management policy and other workplace guidelines.

The fact that our volunteers are drawn from diverse backgrounds greatly contributed to the success of our mandate. During our volunteer recruitment drives, we ensured that we targeted individuals drawn from various professional backgrounds such as lawyers, engineers, doctors, nurses, social workers, teachers, Human Resource specialists, accountants and IT experts, among others.

What do you Find to be Exceptional about LPPA’s Volunteer program?

One aspect that stands out about LPPA’s volunteer program is the fact that the organization places high regard in its volunteers. The voices of the volunteers hold weight when it comes to all aspects of the organization; right from its leadership, program design, implementation, community mobilization and even service provision.

With LPPA, volunteers (including young people) are encouraged to express their thoughts, share ideas and offer suggestions on different issues pertaining to the success of the organization. They are all welcome and highly considered – something that you won’t easily find in many organizations.

The LPPA volunteer program also allows individuals to utilize their skills and realize their potential by serving in different capacities -including in leadership positions. Additionally, being an LPPA volunteer accords members the opportunity to network with each other and grow as individuals.

LPPA’s youth volunteer programme is also like no other. The Youth Action Movement (YAM) program gives young people the platform to increase their knowledge and build their capacity not only in sexual reproductive health issues, but also enhance their leadership skills and prepare them for the labor force.

YAM members have acquired a wide range of skillsets that have helped them in their career growth. I can confidently say that some former LPPA YAM members today hold influential positions in organizations in the health and development sector in Lesotho - with some of their capacities having been significantly built at the time they volunteered with LPPA.

I am proud to be associated with LPPA and I am greatly honored to have served in the LPPA leadership. I continue to support the organization fully.