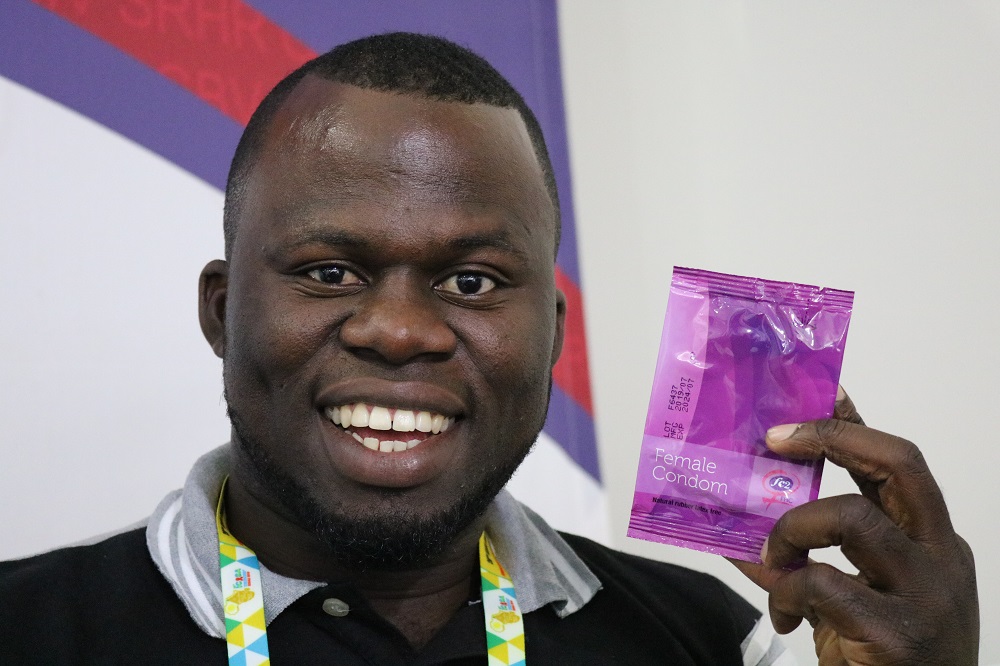 “In my country, cases of unwanted pregnancies and Sexually Transmitted Infections (STIs) including HIV among young people are quite alarming, more so in women.

As a youth SRHR advocate, I believe in the importance of women holding contraceptive power in their hands -literally, and the female condom does exactly that.

It is therefore prudent that we remain steadfast in our efforts to empower more young women in learning about how they can take control of their reproductive health,” he says.

Just like the male condom, the FC2 female condom blocks sperm and the bacteria or viruses that cause STIs. The outer ring provides added protection against STIs by covering the woman’s external sex organs and the base of the penis. When used correctly and consistently, it is as effective as other barrier methods.

Kader, who started out as a volunteer peer educator with ABPF’s Youth Action Movement (YAM) at the age of 20, adds that education about female condoms should not be a preserve of women.

Men need to clearly understand the benefits of the female condom, its correct use, where it can be accessed or purchased and at what cost. They must support their girlfriends in decision making when it comes to issues of sex. That’s why we don’t leave men out in our education activities,” says Kader.

It also goes that sometimes, a couple might be unsatisfied with male condoms, hence why it is important for them to know that there is the option of the female condom.

During ABPF’s community outreaches, youth peer educators do demonstrations about the correct use of both female and male condoms. They then distribute them to the young people who need them. The female condoms are also available at all ABPF’s clinics. They are given free-of-charge.

“In all the forums I find myself in where there are men, I always take a moment to encourage them to be involved in contraceptive decisions with their girlfriends. It’s one of the best ways to show their love and support,” concludes Kader.

If you are young person and would like to join the Youth Action Movement, see where we work and get in touch. You can also reach us through @YAM Africa

Images are of Kader at an exhibition stand at the International Conference on AIDS and STIs in Africa (ICASA) in Kigali, Rwanda (2 - 7 December 2019).