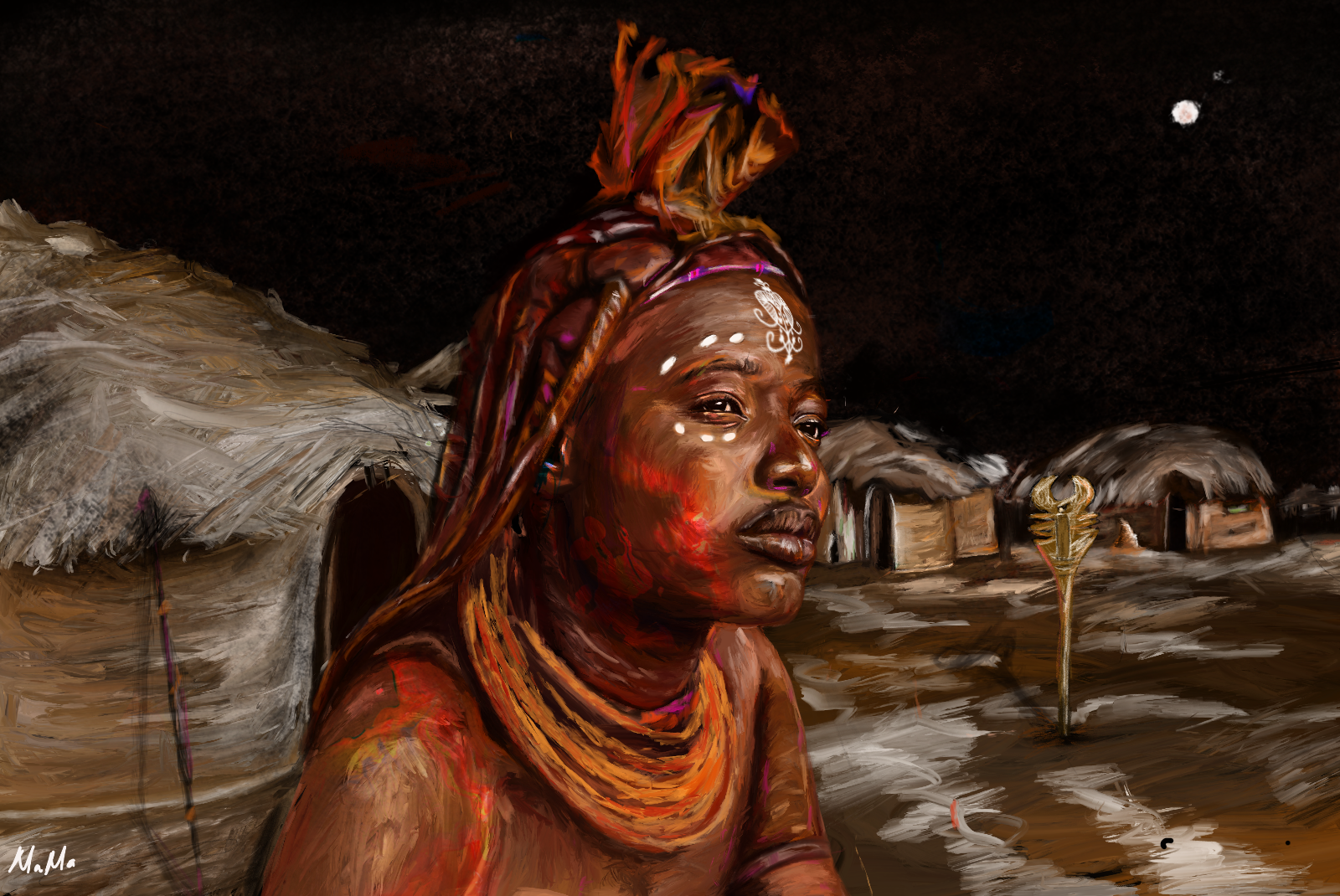 Has Africa always been conservative towards sex? The answer is No!

However, since the assault of slavery and colonization, Africa has viewed certain aspects of pleasure and romance as foreign due to the imposition of foreign values, misinterpretation, and misrepresentation of the precolonial African way of life and sex.

Before European contact with Africa, human sexuality was highly valued and Africa had a well organized and consistent socialization process where the elderly members of society - like the Ssenga-who were the paternal aunties in ancient Baganda Kingdom - initiated young members of the society into the concepts and the acts of human sexuality without shame, ridicule or condemnation.

However, after colonization, the colonizers succeeded in redefining the concept of African sexuality by shifting its sacredness from communal to individually or religiously motivated sexual relationships, with wrongly channeled freedom of expression and imagination as put by Kiru Taye, and I quote "Our ancestors were not lying back down and thinking of England" during coitus.

According to Dr. Dee Amanze, sexuality is "not only" the reproductive mechanism but also the basic biological drive that exists in all species and can encompass not just sexual intercourse but also sexual "contacts" in all its forms.In African spirituality, sexuality was believed to have different dimensions, in that, sexuality was not just expressed through intercourse because they acknowledged that, not all sexual interactions begun and ended with baby-making as the optimum intention. Most of the sexual energies were expressed differently through fetishes, fantasies, fashion, attitude, behavior, roles, rituals, dances like Chisamba of Chewa, and intimate relationships.

Every year at the beginning of hunting season, Kuru Warriors of Africa celebrated a rite of fertility and renewal by piercing the Earth with their spears to reach the womb of the Earth and fertilized the earth by injecting their semen into the ground and once the earth was pregnant, they believed it spiritually bore animals to be hunted. The process of impregnating mother earth among these warriors involved intense mental concentration on the animal that was to be hunted as they orgasmed.

Another example comes from the Lobi people of modern day Ghana and Burkina Faso who had an arousing dance ritual at the end of every season where they entered the waters to celebrate Banguela (ceremony of life). After being aroused by their dance, each warrior would enclose his manhood in a magic skeleton case that symbolized which animal species he wishes to grant the essence of life through his semen.

In the west African OSHUN force sequence depicted how sex energy ran from "desire" to "arousal" to "copulation" to "pleasure fulfillment" to "conception" to "birth" and then ultimately "growth" or the creative energy. OSHUN was viewed in ancient Africa as the diety of sexuality, fertility, femininity and creativity. This is because sexual balance was OSHUN's central tenet because OSHUN practice did not believe in receiving without giving.

OSHUN spiritualized love making in ancient Africa by referring to sex as the authentic and conscious opening of one's self to the natural sensuality of a spiritual, intimate and orgasmic coming together of two people who are naturally connected through mutual desires, respect and passion that's opens the two up to full liberation, a willing vulnerability and an ecstatic release.

The subsequent misrepresentation of OSHUN by Patriarchal boosters like Edward and Mason (1985) in his seminal text Black Gods: Orisa Studies in the New World states:   "OSHUN gives psychological and physical pleasures to the senses and mental pleasure and she is a prostitute or harlot who brings physical pleasure...”

"Okajepisa omukazenda treatment" was also popular among the Himba people, Nothern Namibia and Kunene Angola, where sex was offered to guests, however, among the Maasai and Agikuyu, when a man came home to a spear in front of his house, he would automatically know his wife is having sex with another man and would stay away.

Among the Luo, Igbo, Yoruba and Hausa-Fulani,wife inheritance was valued as a way of helping widows and orphans, in that, when a man dies, his brothers and male relatives would sit down to agree who among them was the most responsible to take up the responsibilities left by the deceased. But with the introduction of colonial hierarchy and the invention of women as stated by Oyeronke Oyewumi,such practices took a dangerous turn for women.

The Woodabe sexual culture, on the other hand, had men treating their women the way most birds treat their females. Peacock culture in the Woodabe tribe of Niger, Cameroon, Central African Republic, Nigeria and Chad believed that women had sexual powers and were allowed to have multiple men other than their husband. Woodabe men even went on to put on heavy makeup and peacock feathers to impress their women and also put on spectacular dances to attract their women.

Kunyaza or Kachabali sexual practice is another ancient central African sexual technique originally from Rwanda but was also practiced in Kenya and Uganda. It is a sexual practice that focuses only on triggering the female ejaculation and not just one, but multiple orgasms in women during "heterosexual" encounters.

Sexuality in ancient Africa was not only influenced by the interaction between the physical, but also between the biological, the physiological, the social, the economic, the political, the religious and, most importantly, the spiritual factors.

Most African sexual practices can be found in African folk tales and most African oral traditions like the African traditional Nubility songs such as this Nubility Rite song from the Ashanti people and others from the Zulu, Agikuyu, Maasai, Mende, Bechuama, Pondo and Lokele suggested collective expression of sexual "kink" in ancient Africa:

if someone eats you,

and Fails to reward you, Slay Him"

The colonial invasion of Africa, slavery and European religions imposed toxic shame into the sacred Africa sexual practices... Nzwegu said "it was a western view to focus on male pleasure as the measure of rocking good times in the sack."

The sexualized gender hierarchy of the west eroticizes male dominance and female subjugation as sexual, but Africans should focus on decolonizing their minds from this uncouth conditioning and create modern history that push beyond colonial and religious-imposed boundaries. Africans, just like their ancestors, should equate sexuality to creativity rather than equating sex to shame.

5.Kunyaza: The Secret to Female Pleasure by Habeeb Akande 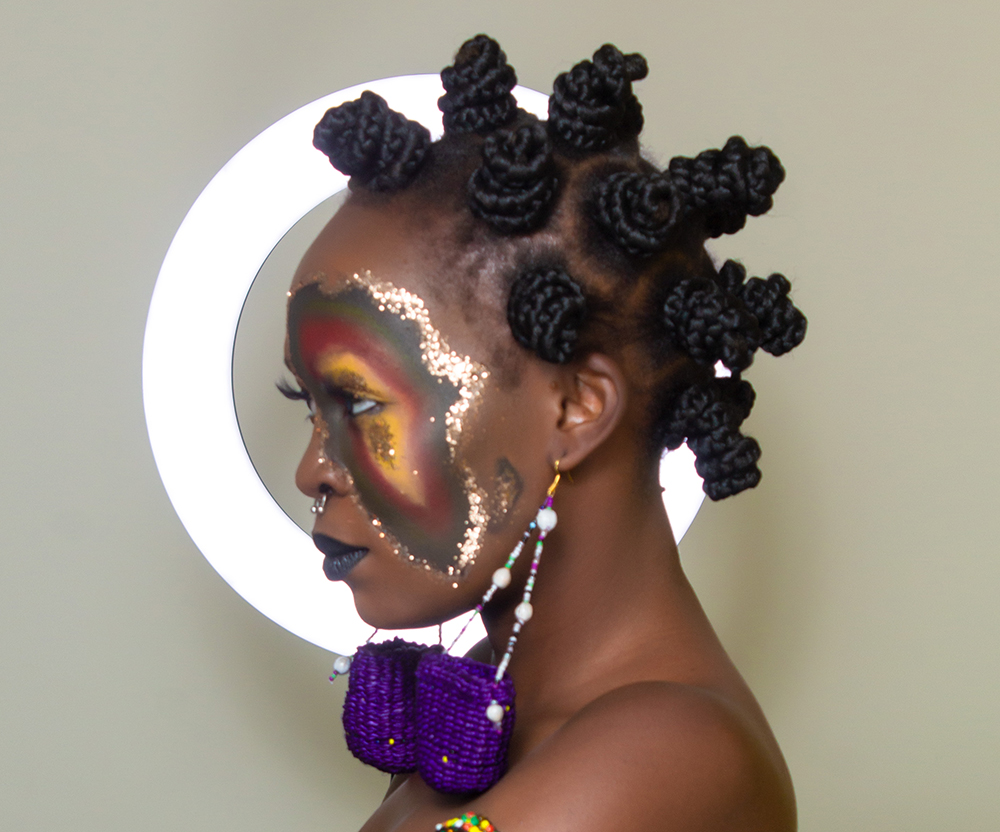 Swiry Nyar Kano is an African History and Spirituality content creator, a mental health advocate, a Microbiology and Biotechnology Graduate and an African Fashion Designer.