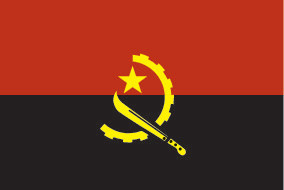 These changes are the first rewriting of colonial-era laws since Angola gained independence in 1975, which removed colonial-era clauses that have been in effect since the penal code introduced a ban in 1886.

“The news coming from Angola breathes new life and gives renewed hope not only for the LGBTI community in Angola but Africa as a whole. The colonial-era anti-LGBTI laws have been a stain on our collective conscience, and this ruling marks a new era of inclusivity, hope and love. No one should be treated as a criminal for choosing who to love, and we hope this change in the law inspires other countries that have a similar colonial hangover to review their own laws.”

The first step to change the penal code was announced in 2019, when the Parliament approved the proposed changes. However, only in November 2020 was it signed by President João Lourenço, with a 90 days delay until it came into force last week.

The new penal code overturned the language of “vice against nature”, which was understood as a ban on same-sex relations. The new law includes several articles protecting against discrimination based on sexual orientation, in relation to work or at public places and events, and includes imprisonment of up to two years for discrimination based on sexual orientation.

After the decriminalization in Angola, the number of countries where homosexuality is decriminalized is now 72.

This is a solid foundation for the work that lies ahead to enable a world where all people can make decisions about their sexuality and well-being free of discrimination, a fight that IPPF will be active in.

Read this statement in Portuguese.