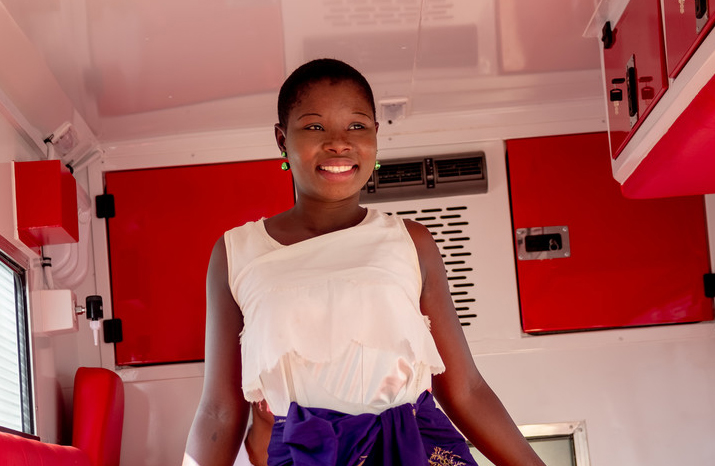 March 26, 2022 (MALINDI) – In a landmark verdict today, the High Court of Malindi has ruled that safe abortion care is a fundamental right under the Constitution of Kenya and that arbitrary arrests an...

March 26, 2022 (MALINDI) – In a landmark verdict today, the High Court of Malindi has ruled that safe abortion care is a fundamental right under the Constitution of Kenya and that arbitrary arrests and prosecution of patients and healthcare providers, for seeking or offering such services, is completely illegal.

Specifically, the Court ruled that:

For years, women and girls in Kenya have faced sustained and pervasive discrimination hampering their access to seeking reproductive healthcare services; the 1963 Penal Code criminalizes all abortion care, including those allowed under the Constitution 2010, which guarantees the right to healthcare, including access to reproductive health services. The Constitution only permits safe abortion if in the opinion of a trained health professional, there is need for emergency treatment, or the life or health of the mother is at risk/in danger.

The court case in question, filed in November 2020, involved PAK, a minor 16 years of age from Kilifi County. PAK experienced complications during pregnancy and immediately sought medical care at a nearby clinic where a trained clinical officer attended to her. Upon examining her, the clinical officer determined that she had lost the pregnancy and proceeded to provide her with essential and life-saving post-abortion care. Policy officers stormed the clinic, in the midst of the treatment, stopping the medical procedure and confiscating PAK’s treatment records. They then proceeded to illegally arrest both PAK and the clinical officer. Both were taken to Ganze Police Patrol Base where PAK was not allowed to access further medical care for the next two days and was forced to sign a statement which was contrary to PAK’s description of the events. The police also forced PAK to undergo another detailed medical examination at Kilifi County Hospital to obtain evidence to prove the alleged offence of abortion. The clinical officer was detained for one week while PAK was remanded to a juvenile remand for more than a month, whilst she and her family sought to secure the cash bail for her release.

The Malindi High Court has further directed the Parliament to enact an abortion law and public policy framework that aligns with the Kenyan Constitution. Additionally, the Court has confirmed that communication between a patient and the healthcare provider is confidential, which is guaranteed and protected under the Constitution and other enabling laws, save for where the disclosure is consented to by the patient or is in the public interest in line with the limitations as provided for in the Constitution. In its decision, the Court also ruled that PAK was recovering from medical procedure and police did not have the medical qualifications to determine and confirm that she was medically-fit to leave the clinic, regardless of her admission status at the clinic. Additionally, the Court found that PAK’s arrest was inhuman and degrading, and being a minor, she ought not to have been interrogated without legal representation.

Evelyne Opondo, Senior Regional Director for Africa at Center for Reproductive Rights said, “Today’s victory is for all women, girls, and healthcare providers who have been treated as criminals for seeking and providing abortion care. The court has vindicated our position by affirming that forcing a woman to carry an unwanted pregnancy to term or to seek out an unsafe abortion is a gross violation of her rights to privacy and bodily autonomy. Further, the continued restrictive abortion laws inhibit quality improvement possible to protect women with unintended pregnancies.”

Nelly Munyasia, Executive Director of Reproductive Health Network Kenya (RHNK), a network of reproductive health providers whose member was the second petitioner in this case, welcomed the court’s decision. “Many qualified reproductive healthcare practitioners continue to be arrested, detained, and prosecuted for providing legal medical care. The court’s decision confirms that prosecution against health providers cannot hold where the prosecution has not established that; the health professional in question was unqualified to conduct the procedure; the life or health of the woman was not in danger or the woman was not in need of emergency treatment,” Ms. Munyasia said.

Marie-Evelyne Petrus-Barry, Regional Director from the International Planned Parenthood Federation of whom Reproductive Health Rights Network Kenya is a collaborative partner added: “We are absolutely delighted to hear this news and applaud the High Court of Malindi's ruling confirming that abortion care is a fundamental right under the Constitution of Kenya and that arbitrary arrests and prosecution of patients and healthcare providers for seeking or offering such services is illegal. We are also very pleased to hear that the Court has directed Parliament to enact an abortion law and public policy framework that aligns with the Constitution. This is a victory for women and girls not only in Kenya, but across Africa! Access to quality abortion is essential to guarantee the health and reproductive rights of women and girls everywhere. At IPPF, we are committed to reducing the number of deaths of women and girls who are forced to turn to unsafe abortion methods for fear of arrests and harassment. We will continue to supply and support safe and legal abortion services and care for women and girls everywhere.”

The petitioners were represented by the Center for Reproductive Rights advocates Martin Onyango, Head of Legal Strategies for Africa, and Prudence Mutiso, Legal Advisor for Africa.

Center fact sheet: “The Impact of the Misalignment Between Kenya’s Constitution and the Penal Code on Access to Reproductive Health Care”