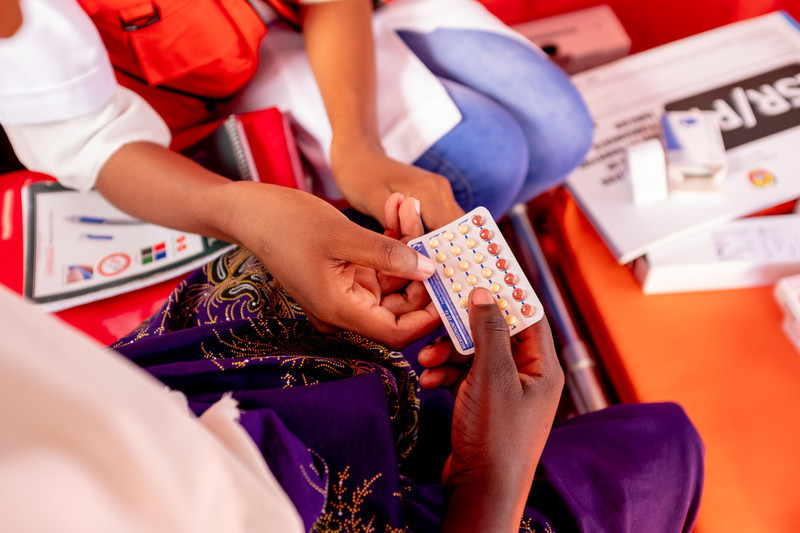 Opinion: It's time to permanently repeal the 'global gag rule'

Permanently repealing the global gag rule would positively transform the health and lives of millions of people worldwide. The U.S. Congress has a golden opportunity to change the status quo and perma...

The devastating policy had been radically expanded under former President Donald Trump to bar international recipients of any U.S. global health funding from using their own funds to provide abortion care or to engage in counseling, referrals, or advocacy related to it. This version of the global gag rule restricted partnership on roughly $12 billion and impacted a range of lifesaving health care services worldwide, including those related to HIV, maternal health and nutrition, sexually transmitted infections, and vulnerable children.

The flip-flopping of U.S. foreign policy with each presidential party change has played politics with the health and lives of people across the globe for nearly 40 years.

Perhaps most unfair is the intrinsic neocolonialism of the policy, disproportionately impacting Black and brown women and girls in low-income countries with already limited access to high-quality health services, including safe abortion care. For example, while Africa accounts for 29% of all unsafe abortions, “it sees 62% of all abortion-related deaths,” according to the World Health Organization.

January 2022 marked one year since Biden rescinded this harmful and unfair policy. Still, while rescinding is a positive first step, the looming threat of reinstatement under future anti-rights administrations continues to undermine the sustainability of global health programs and the pace of progress. More than this, the devastating consequences of the global gag rule do not simply go away.

Research from 26 African countries found that during former President George W. Bush’s administration, the global gag rule eroded access to vital sexual and reproductive health care, leading to a 14% reduction in modern contraception use and a staggering 40% rise in abortions among countries highly affected by the policy. Many of these abortions were likely to be unsafe, with potential consequences including lifelong disabilities or even death.

With approximately 218 million women in low- and middle-income countries having an unmet need for family planning and tens of millions of unsafe abortions already performed each year, the sharp decline in sexual and reproductive health care under the global gag rule only adds to disastrous yet sadly preventable outcomes.

For the International Planned Parenthood Federation, the global gag rule under Trump meant losing critical support from the U.S. government, impacting 53 health care projects across 32 countries. In some member associations, service delivery decreased by up to 42% from 2016 to 2017, and it will take years to build back to the same capacity.

For IPPF’s member association in Mozambique, known by the abbreviation AMODEFA — a national provider of sexual and reproductive health care in the country since 1989 — the impact of the global gag rule meant a $2 million gap in funding, representing about 60% of its total budget.

The impact was almost instantaneous, forcing the closure of six programs across 12 districts in Mozambique. This denied nearly 390,000 clients access to services related to contraception, STIs, HIV, malaria, and tuberculosis. Almost every local population was affected, with closures impacting adolescents, youths, women, and marginalized populations.

But now, the U.S. Congress has a golden opportunity to change the status quo and permanently repeal the global gag rule, with a supportive White House and the policy change having passed the House of Representatives and enjoying bipartisan support in the Senate.

Building on Biden's action, on March 8 lawmakers can finalize and pass language to permanently repeal the policy as part of the fiscal year 2022 spending bill, which also includes increased funding for international family planning programs and the United Nations Population Fund, the U.N. sexual and reproductive health agency.

Permanently repealing the global gag rule would positively transform the health and lives of millions of people worldwide. By preventing the flip-flopping of U.S. foreign policy from controlling access to lifesaving health care services, unintended pregnancies would decrease worldwide, the number of unsafe abortions would be reduced, maternal and child deaths would be prevented, and more girls could stay in school.

Ending the global gag rule is also popular, and polling undertaken by the Garin-Hart-Yang Research Group shows that 70% of Americans support it. Alongside them, permanent repeal is supported by over 150 diverse organizations in the U.S. working across the health care, human rights, and gender equality sectors, with further support from around 200 global organizations from dozens of countries across six continents.

The global gag rule is a callously designed political tool set up to deny women, girls, and marginalized people the right to decide what happens to their bodies. By permanently repealing the policy and standing up for the futures of millions, the U.S. will leave a legacy that gives hope and stability to the health and rights of people worldwide. And for those affected by this awful policy, change can't come soon enough.

Read the original article on Devex.

Marie-Evelyne Petrus-Barry is the Africa regional director at the International Planned Parenthood Federation. Born in Guadeloupe, she has over 30 years of international human rights experience and leads her team to advocate, promote, and deliver sexual and reproductive health and rights in 42 sub-Saharan countries. Her leadership helps ensure that IPPF Africa Region, through locally owned organizations, protects and safeguards the rights of the most vulnerable in society.

Caitlin Horrigan is the director of global advocacy at Planned Parenthood Federation of America. With over a decade of foreign policy experience, Caitlin drives PPFA’s global advocacy agenda with the U.S. Congress and administration to protect and expand funding and policies that advance sexual and reproductive health and rights worldwide.

Bordered by Lake Malawi, one of Africa’s largest and longest lakes, Malawi in southern Africa is home to around 18 million people, Tanzania lies to the north, Mozambique to the south and west,…