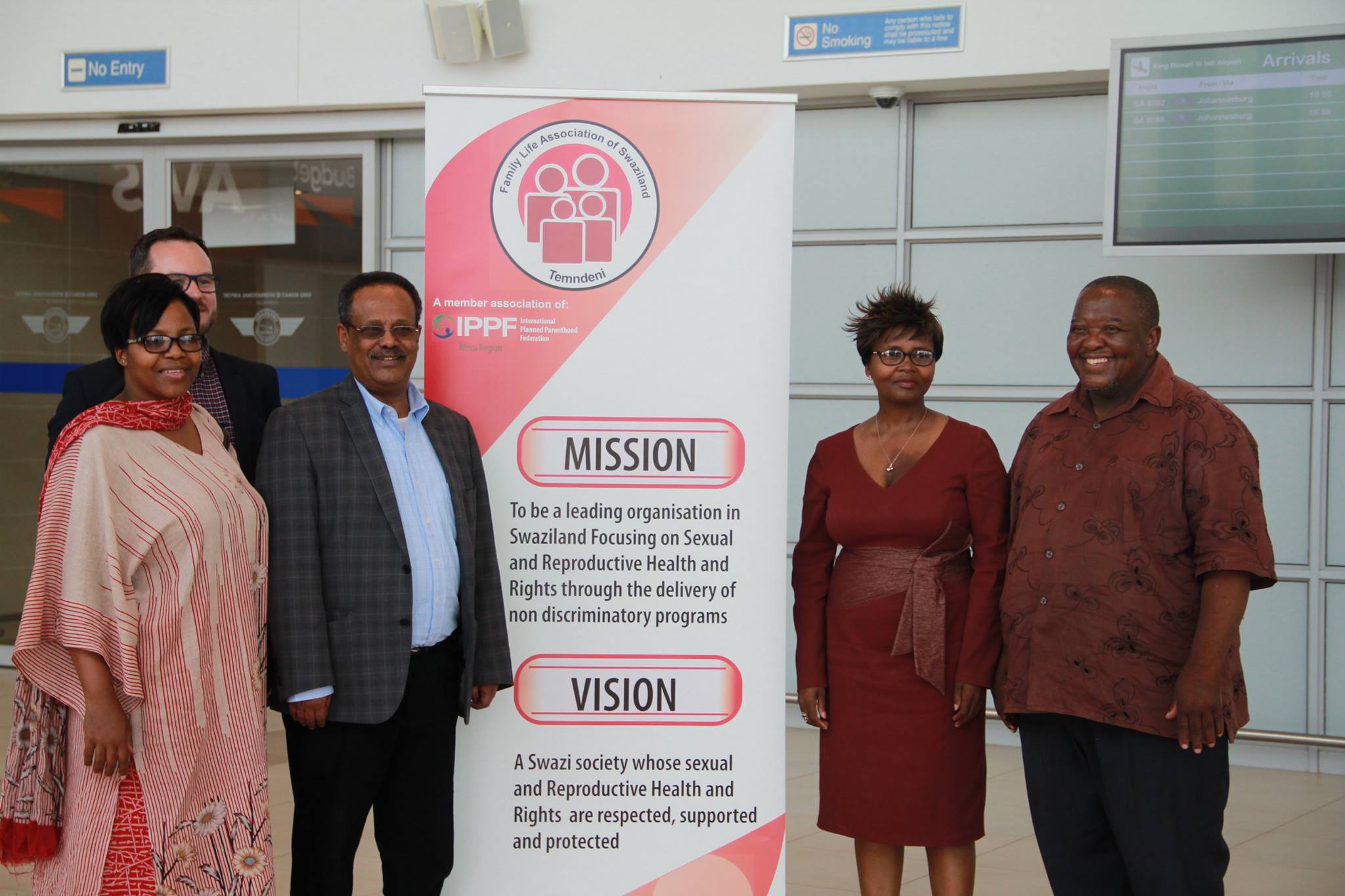 The IPPF Director General, Mr Tewodros Melesse recently concluded an official visit to Swaziland, where he was hosted by the Member Association –Family Life Association of Swaziland (FLAS).  During hi...

The IPPF Director General, Mr Tewodros Melesse recently concluded an official visit to Swaziland, where he was hosted by the Member Association –Family Life Association of Swaziland (FLAS).  During his official visit from 29 November – 2 December 2016, Mr. Melesse met with the FLAS volunteers, management and staff. He also met with the vibrant Civil Society Organizations (CSO) network that champions Sexual Reproductive Health and Rights (SRHR) in the country, and in which FLAS is the convener.

The Director General also took time to visit the FLAS clinics in Manzini and Mbabane, where he appreciated the integrated service delivery approach that FLAS has adopted, which includes the establishment of youth-friendly services clinics.

The highlight of Mr. Melesse’s visit was his participation in events marking Swaziland’s commemoration of the World AIDS Day celebrations on 1 December 2016. In his speech, the Director General applauded the government of the Kingdom of Swaziland for its support towards FLAS, and further commended the achievements and milestones the country has made in addressing the HIV epidemic. Swaziland’s notable efforts with this regard include the provision of antiretroviral drugs to all who need them, as well as addressing the health needs of key populations. Mr. Melesse stressed on the need for more focus on effective HIV prevention programmes. Other speakers at the forum included the US Ambassador to Swaziland, the UN Resident Coordinator, the Chairperson of the National AIDS Council, Swaziland’s Minister of Health, as well as the Deputy Prime Minister who represented the Prime Minister.