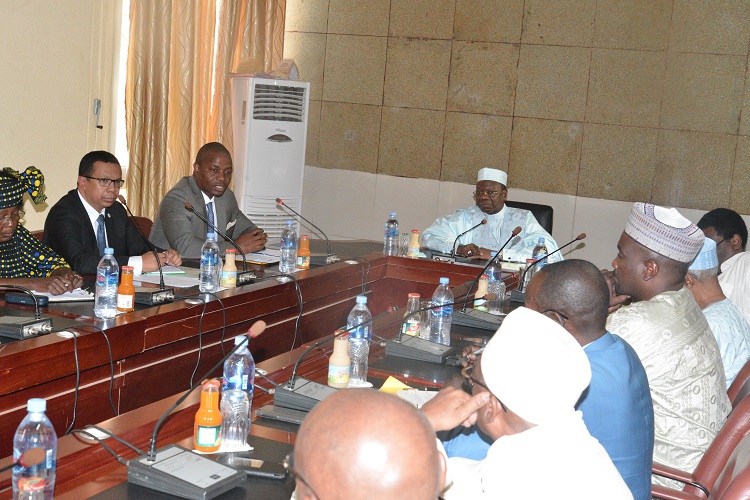 The government of the Republic of Chad has given its highest assurance of support to the IPPF Member Association in Chad - L'Association Tchadienne pour le Bien-Être Familial (ASTBEF).

The government of the Republic of Chad has given its highest assurance of support to the IPPF Member Association in Chad - L'Association Tchadienne pour le Bien-Être Familial (ASTBEF).

His Excellency Mr. Kalzeubet Pahimi Deubet, the Minister of State - Minister Secretary General to the Presidency of the Republic of Chad made this assurance during a courtesy call paid to him by a delegation from IPPF Africa Region, led by its Regional President Hon. Antonio Niquice.

“As a government, we are aware of the work of ASTBEF in the community. ASTBEF provides health services to mothers, children, men and young people in different sites in Chad. There is no doubt that the organization is among the key contributors to the health and development gains of the country. We will continue to support the work of the organization,” H.E Mr. Kalzeubet Pahimi Deubet said.

Towards this end, the government, through the Ministry of Finance has handed over a cheque to ASTBEF. These funds will be used to assist ASTBEF in the implementation of its Strategic Plan and the advancement of its mission and vision, which is also aligned with the country's development framework documents.

While handing over the cheque to the ASTBEF National President Mr. Salomon Mbaitel Berang, the representative of the Ministry of Finance revealed that this demonstrates the realization of the commitment made by the Republic of Chad, which will be pursued regularly in the coming years to ASTBEF.

While expressing his gratitude, Hon. Niquice noted that ASTBEF’s work in Chad would not have been possible without the support of the government.

“We are indebted to the Chadian government for it’s support to ASTBEF. The Member Association has been able to achieve great levels of success owing to the support it receives from the government. IPPF, through ASTBEF, remains committed to ensuring that it complements the government’s actions in its provision of quality reproductive health services,” he said.

See also: Life Skills Education Must Start from an Early Age, says First Lady of the Republic of Chad