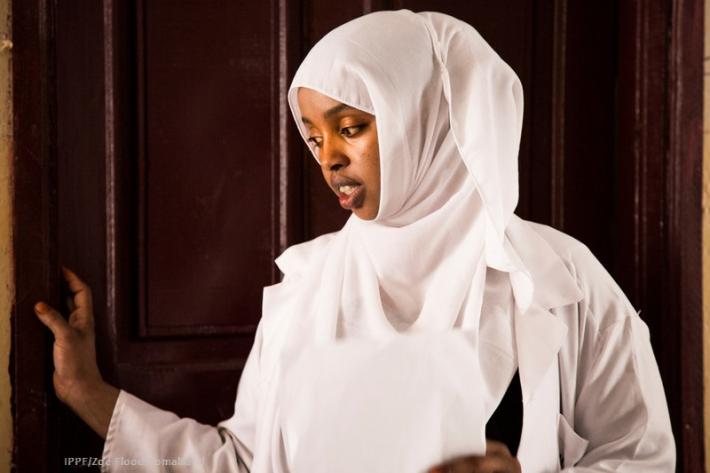 What price for a world free from Female Genital Mutilation?

COVID-19 continues to disrupt the delivery of essential health services in 90% of countries globally. The Orchid Project, a UK charity working globally to end to female genital mutilation/cutting (FGM/C), further substantiated that soon after the implementation of lockdown measures, reports emerged confirming that the rates of FGM/C were on the rise. While prevention efforts were on track to avert 46.5 million cases of FGM, experts are now predicting that the delays being caused by the COVID-19 pandemic will reduce anticipated progress toward ending FGM by 33%. According to a joint report by UNICEF and UNFPA, an estimated 2 million additional girls are at risk of being cut over the next decade, bringing the total number of girls at risk to 70 million by 2030. These horrific figures are simply unacceptable.

Before COVID-19 slowed down progress in eliminating FGM/C, the Sustainable Development Goals target 5.3.2 to end female genital cutting by 2030 was already an ambitious commitment. Rhetoric was simply not matched with financial commitments, and this was only exacerbated by the COVID-19 pandemic.

Only $95 is required to avert one single case of FGM/C and to protect a girls' right to health, to bodily integrity, to freedom from violence and to enjoy her sexuality. A relatively  small price to pay which pales in comparison with global spending on increasing militarisation (almost $2 trillion per year) and growth based on exploitation of natural resources. By investing $2.4 billion by 2030 we could end FGM/C all together in 31 priority countries. Yet only $275 million is available - or just $4 per girl at risk - leaving a funding gap of >$2.1 billion.

Girls and women who have undergone FGM/C live predominately in sub-Saharan Africa and the Arab States, but FGM is also practiced in select countries in Asia, Eastern Europe and Latin America. Only two countries in Asia currently report national data on FGM/C prevalence. This includes Indonesia, where 15 million girls alone will undergo the practice by 2030. The true scale of women and girls affected by FGM/C in the remaining 11 countries across the region where the practice takes place remains unknown.

In Africa, more girls are cut between 0 and 14 years of age than any other age bracket. Prevalence rates range from 15% to over 95% of girls and women aged 15 to 49 years, with select countries in the Central and Western Africa regions accounting for a large part of the figures. Investing in girls and women is a central part of the recently adopted African Union Strategy for Gender Equality & Women’s Empowerment as well as Africa’s Transformative Agenda 2063, which, under Aspiration 6, calls for ending all forms of gender based violence, including FGM/C.

IPPFAR, through its Sub Office at the African Union, advocates and galvanises political action to accelerate the elimination of FGM/C on the continent. Furthermore, through awareness and communications campaigns, advocacy, and sensitisation, IPPFAR Member Associations are working to prevent the cutting of more than 50 million girls in Africa under the age of 15 years at risk of being subjected to FGM/C by 2030 if concerted action is not taken now. For example, from 2009 to 2020, IPPF Member Associations in Sudan, Mauritania, Somaliland and Djibouti have sensitized and trained over 500 service providers about FGM/C to support clients affected by FGM/C, over 25,000 school and university students and over 200 decision makers.

Similarly, between 2015 and 2019, Orchid Project brought together local grassroots organisations through Knowledge Sharing Workshops; 12 workshops across Kenya, Tanzania, Nigeria, Somaliland and Sierra Leone were held. In Kenya, through engagement in a consortium programme with the Coalition on Violence Against Women (COVAW), S.A.F.E. Kenya and their SAFE Maa and SAFE Samburu teams, Orchid also aims to accelerate an end to the practice within the Maasai and Samburu communities in Kenya.

On this Zero Tolerance Day, Orchid Project, supported by the International Planned Parenthood Federation Africa Region (IPPFAR) and other partners, have launched a global call for increased funding to step-up efforts to eliminate this extremely harmful practice by 2030. Through the “What’s the Gap” campaign, grassroots organisations are raising their collective voice to urge governments, foundations, private sector, and other potential donors to urgently increase funding to the FGM/C sector.

It is essential for investment to come from different sources - from multilateral donors, philanthropy, and the private sector, in addition to domestic resources committed by national Governments. The campaign also highlights that local community organisations and civil-society groups know best where and what to do, to put an end to FGM/C in communities where incidents are more prevalent. Thus, the increased funding would help inform and train key stakeholders, commission research, facilitate more workshops to raise awareness of men and boys, create safe spaces for young survivors and provide alternative occupations and training for cutters.

As the COVID-19 pandemic continues, restricting girls’ access to school and limiting access to sexual and reproductive health services, there is great urgency for global investment in ending the harmful practice of FGM/C if we are to reach zero incidences by 2030. Let’s all fight together and commit to closing the funding gap!

Marie-Evelyne Petrus-Barry is the Regional Director of the International Planned Parenthood Federation Africa Region (IPPFAR); Anush Aghabalyan is the Head of Policy and Advocacy at the Orchid Project.

Commemorated every year on 6 February, the International Day of Zero Tolerance for Female Genital Mutilation aims to amplify and direct efforts on the elimination of the harmful practice. This year’s theme is: Accelerating Investment to End Female Genital Mutilation — investing in programmes to provide services and response for those affected and those at risk and in developing and enforcing laws and fortifying institutional capacity to address eradicating female genital mutilation.